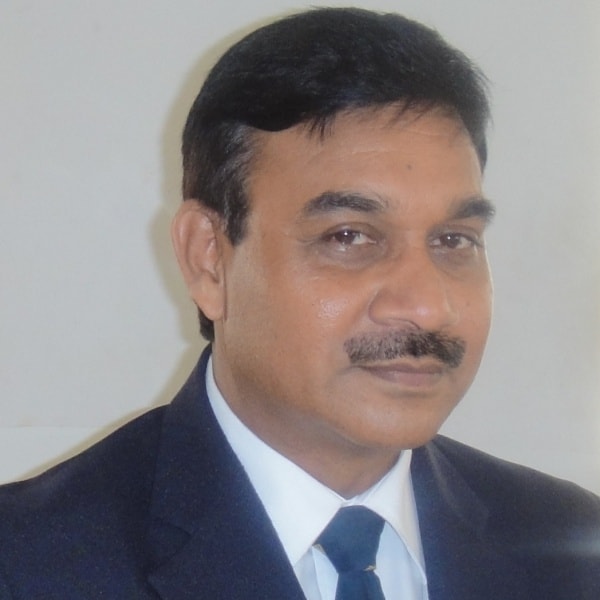 Information Security Strategist
Dr. Onkar Nath is born on 5th September, did his M.Sc. in Mathematics from Gorakhpur University, Gorakhpur, India. He has got his 1st Ph.D. from AMSE University, France and 2nd Ph.D. from P.U., India. Both Ph.Ds are in Astrophysics. He has also completed PGDCM, PGDHRD, PGDMM, PGDFM, PGDM and MBA in Human Resource Development. He is having eight gold certifications, viz. CISSP for Information Security, CISA for Information System Audit, CISM for Information Security Management, CFE for fraud examination, CNSM of STQC for Network Security, CAIIB from IIBF for Banking, CCSK for cloud security and CFE for ethical hacking. He is ISO 27001 LA, ISO 22301 LA and BS 25999 LA. He has got IPIAM from state university of New York, USA. He has been honoured with the Fellow membership of Royal Astronomical Society, London, UK, AMSE University, France and United Writers Association of India. He has been associated with Magnetohydrodynamic research group of Manchester University, UK. More than three dozens papers of his are published in International Journal of repute and several articles are published in various leading journals/magazines. His eighteen research papers are listed in SOA/NASA Astrophysics Data System. He has also written a thematic paper on “Innovations in Banking” on occasion of Platinum Jubilee Celebration of IIBF. He has authored three books and coauthored two books for IIBF. In 2013, he has coauthored a book titled “Preparing Graduates in Developing Countries” published by IGI Global USA. His biographical note has been published in several biographical reference publications. He has been visiting Faculty to various corporate, academies and Institutes. He is life member of a dozen of scientific academies and societies. Above all he has been given International Distinguished Leadership Award and Man the Year Award by ABI, USA. Presently he is writing books on information security titled “Yes Boss! No Boss!” and a fiction on green IT titled “Go back to the forest”. His area of expertise is in Information Technology, IT Management, IS Audit, BCP/DRP, Cybercrime, and Network security and cryptography. He has delivered lectures at various national and international forums, meets, conferences and workshops. He has sharpened his IT skills at IIT, Kanpur and having experience of approx 10 years in Banking Management, 16 years in Information technology and 9 years in Information Security. He started his carrier in IT as Systems Analyst with Central Bank of India. Further he worked for 6 years as Core Faculty at SPBT College, Mumbai, India. Afterwards he worked for approx one year as In-charge Disaster Recovery Centre and soon after he was brought to the corporate office and given responsibility of Chief, Information Security and subsequently he was designated Chief Information Security Officer.

He has contributed in development of “Cloud Security Framework” and “Social Media Framework” for Indian Banking System. Institute for Development and Research in Banking Technology (IDRBT), Hyderabad released both the frameworks. He has also contributed for NCIIPC guidelines. He was a core committee member for setting up of IB-CART similar to FS-ISAC, USA for banking industry. He is recipient of “TOP 100 CISO Award–2013 and 2014”, “Security Strategist Award 2013” under BFSI domain and appeared as “Great CISOs of India 2013 and 2014”. He has also participated in panel discussions on media channels like Prime Time of Ravish Kumar. He has been visited five times Mount Kailash and Mansarovar, which is his dream destination.